Alpharetta has a thriving tech community

Alpharetta has a thriving tech community

The City of Alpharetta now has more than 640 tech companies within its 22-square mile radius. The city’s predominant industry is technology, and to help grow more technology and innovation in Alpharetta, Alpharetta’s mayor and city council created the state’s first technology administration, called the Alpharetta Technology Commission, in 2012. The Commission, a strategic advisory board of local C-level tech executives, was granted 501c(6) nonprofit status in 2014. Its mission was to provide strategic input to the city of Alpharetta, and to help identify opportunities and initiatives to support Alpharetta’s technology sector.

Tech Alpharetta’s board is currently composed of C-level executives from 14 of Alpharetta’s leading technology companies, as well as five community partner organizations: GATN; Technology Association of Georgia (TAG); the Advanced Technology Development Center (ATDC) at Georgia Tech; Gwinnett Tech Alpharetta and the Greater North Fulton Chamber of Commerce, as well as the Alpharetta mayor, the city’s director of economic development and a city council member.

In August 2015, the Commission launched the Tech Alpharetta Innovation Center, a co-working, community and events space. In the past eight months, we have created a series of educational programs, added a suite of seasoned industry mentors, attracted more than a dozen new tech meetups to the Center, and worked with the metro area tech and investor ecosystems to provide additional resources and connections for our startups. Today, Tech Alpharetta’s Innovation Center is a flourishing incubator that’s home to more than 50 tech startups, a venture capital fund and a growing “Wall of Success” identifying company success stories.

One of our Center’s homegrown companies, Evident, recently announced it raised $8.8 million in Series A round funding. Another graduate, Juice Analytics, is continuing to grow in Midtown Atlanta. Four of our other Center companies (­Camp3, Livful, vTech and Echo360) successfully outgrew our space but have remained in Alpharetta, where they’re creating jobs and further fueling Alpharetta’s growth as a tech city.

Our startups cover multiple industry verticals such as cyber, healthcare information technology (IT), transportation, biotech and education, and many of their technologies incorporate artificial intelligence (AI) and Internet of Things (IOT).

Our Center’s recent conversion of its little-used game room to additional collaboration space illustrates a unique attribute of Alpharetta’s startup community. Our members are what we refer to as “executive entrepreneurs” who have typically worked in corporate for one to three decades before deciding to launch their startups. While many of them may be launching a startup for the first time, they’ve generally logged 10 or more years at a Fortune 100. They likely have families of their own, a mortgage and an ambitious timeline. Games are a luxury!

Alpharetta’s fiber optic network and robust power grid helped to first attract tech companies to our city more than 15 years ago. Today, they enjoy a thriving tech ecosystem, Avalon’s restaurants and amenities, and the live-work-play environment of Alpharetta’s growing downtown City Center. Alpharetta’s tech community continues to grow and evolve. Tech Alpharetta plans to recommend next-generation tech infrastructure upgrades to the city, foster more collaboration and encourage additional startup activity. In fact, we look forward to having more incubator space here before too long. We may even include a game room.

This article was originally published on October 13, 2017 in the Atlanta Business Chronicle. 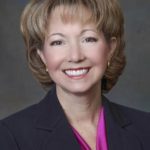